MIDWEST REGION FJMC IS HONORING TWO OF OUR LEADERS AT THE JUNE 6-13, 2021 INTERNATIONAL FJMC CONVENTION

PLACE AN AD IN THE INTERNATIONAL FJMC CONVENTION VIRTUAL JOURNAL! 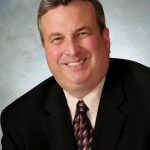 Norwin began his FJMC journey when he joined the Beth Hillel Men’s Club, Wilmette, IL in 1993 and began slicing bagels. He went on to hold several club positions, including recording secretary, membership vice president, executive vice president and as president from 2005-08. Norwin also served on the synagogue’s board of directors first as adult education chair and later as membership vice president, 2015-18.In 2019, Norwin served as Brotherhood co president and Temple trustee at Temple Beth Israel (TBI), Skokie, IL,

Norwin served as vice president FJMC Midwest Region from 2008-2013 and Region president from 2015-17.  During his term as Region president, Norwin personally visited all but one club within the six-state region. He worked with fellow board members to enhance the scope of annual Man & Youth of the Year events and was credited with expanding the editorial scope and content of the Tribute Book published each year to recognize the achievements of honorees in both categories. His volunteer commitment to this regional event has been a constant for more than 15 years. His latest contribution was developing a new webinar series featuring a range of authors on unique topics.

During his term on the Midwest Region FJMC executive board, he provided important graphic design support service to FJMC international  resulting in the  redevelopment of the annual Yellow Candle marketing materials for online and print use in 2017, and convention logo identities for the FJMC New England and South Florida biennial events in 2013 and 2015.

Norwin is truly an unsung hero active in community, synagogue and FJMC.  You can now place an ad to honor Norwin in the Convention Virtual Journal.   The Convention will occur on June 6-13, 2021.

Just click the ad link for  pricing and placement: